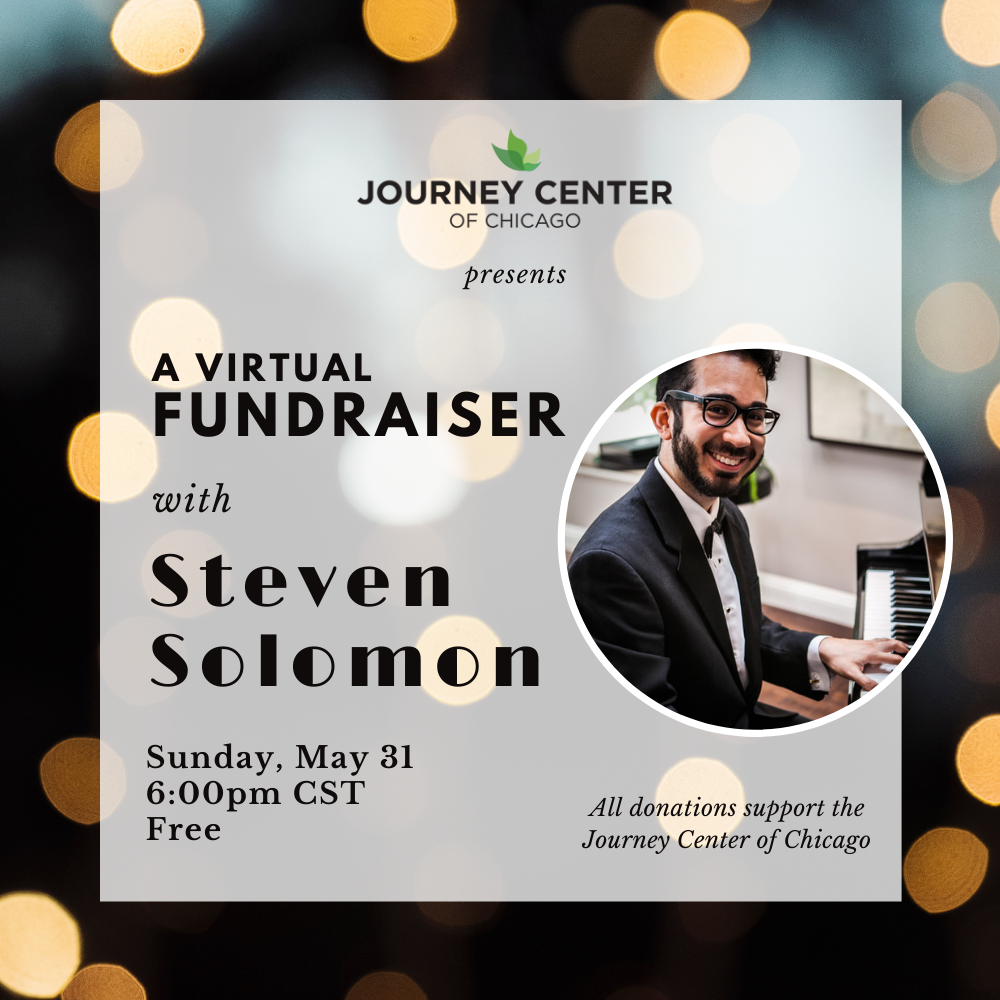 We are aware that many have lost jobs or income during this time so we invite you just to come and enjoy. For those who are able to give, we welcome gifts of any size, as we rely on donations for our ministry. Please give here.

Steven has been performing professionally for the past 20 years, since age ten. He’s performed over 2,500 times, including his debut at Carnegie Hall at age 20. Steven is originally from Chicago and has been living in Los Angeles for the past four years. He performs in both cities and worldwide, including a four-country European tour last year.

In Chicago, Steven performed for seven years at Leona’s restaurant in Rogers Park, a number of years at Ethiopian Diamond restaurant in Uptown, and at other top restaurants. He’s performed at public and private events for Mayor Daley and his wife Maggie, and for many of Chicago’s aldermen. Steven has performed over a half dozen times at Symphony Center, and at the Pritzker Stage in Millennium Park, the Chicago Jazz Festival, Edgewater Arts Festival, and many other area festivals. Steven has performed numerous times at the Jazz Showcase and has performed at United Center, Le Piano, Chicago Cultural Center, SPACE, and other top Chicago music venues.

He’s performed at Disneyland, Old Faithful Lodge in Yellowstone National Park, the Liberace Museum in Las Vegas, the Frank Sinatra Estate and the Dinah Shore Estate in Palm Springs, the Hotel Bel-Air in Los Angeles and other venues nationwide.

He plays all genres and styles of music.

Steven is also a singer-songwriter and performing recording artist. He has written over 200 songs. He also has a pop/jazz duo and trio and is an accomplished and in-demand accompanist.

You can find out more about Steven’s music at www.PianoBySteven.com